Dr. David Fligg is a musicologist specialising in the music of the Czech/Jewish composer and pianist Gideon Klein (1919-1945), who was killed in a Nazi concentration camp.

The primary outputs of Fligg’s research is based on his evaluation of, and investigation into Klein’s archived papers, which survived WW2, now in the Prague Jewish Museum. 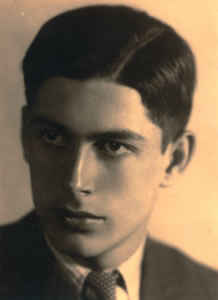 A biography on Klein will be published for this centenary year, 2019, by Toccata Press. Fligg’s theatrical and musical presentation Gideon Klein: Portrait of a Composer, is based on his archival discoveries. There are a number of performances planned for 2019 and 2020, some of which will feature RNCM students. Fligg’s chapter ‘(Re)visiting the (Jewish) Archive of Gideon Klein – Terezín, 1941-1944’, will be published in ‘The Routledge Companion to Music under German Occupation, 1938-1945: Propaganda, Myth and Reality’.

David Fligg’s research was a major output of the AHRC-funded Performing the Jewish Archive project, led by Dr. Stephen Muir (University of Leeds). As part of this, there were two RNCM/PtJA collaborations, both facilitated by Professor Adam Gorb:

Looking forward through the past: New Operas from the Jewish Archive