Future Music brings together creatives at the forefront of developments in new music and technology – asking what possibilities lie ahead for the music creators of the future.

Future Music began in 2019 and has enjoyed three successful festivals. We’re delighted that our fourth instalment continues this autumn, celebrating our love of cross-disciplinary collaboration.

“We’re very proud that this autumn, PRiSM, the RNCM’s Centre for Practice & Research in Science & Music, will be celebrating its 5th Anniversary, in the same year as the RNCM’s 50th Anniversary. There can be no better way of doing this than with the latest and most extensive instalment of our annual festival Future Music. We’re excited to bring you nine world premieres across four diverse and dynamic events at the RNCM and across Manchester.

I look forward to welcoming you to the festival in person for the first time since 2019.”

UK-based ensemble Distractfold are a group of performers, composers and curators all acting out of shared love, passion and interest in the music and culture of our times. Coming from different continents, backgrounds and having received a diverse education, together they create a nexus of ideas and influences which all contribute towards the ensemble’s unique voice and identity. They perform acoustic, mixed and electroacoustic music of their peers, alongside music of the more established composers with whom they have formed close collaborations and friendships.

In this world premiere concert, they will join forces with players from BBC Philharmonic and the two RNCM PRiSM & Drake Music Artists in Residence 2022 to present new works by Sam Salem, Bofan Ma, and Megan Steinberg. This concert will end at approximately 9pm

Join us for the world premiere of Drought, a new one-act opera by composer Anna Appleby and poet Niall Campbell that has been developed over the past three years.

This metaphysical tale of retribution and remorse revolves around two characters, on what appears to be a single day in a single room on a drought-stricken farm, and the rising tensions between them. The score juxtaposes a nostalgic, pastoral orchestral world with the electronic allure of the radio and all it promises.

This opera is the result of a ground-breaking project where poet Niall Campbell and composer Anna Appleby have written an opera together for their doctoral research. It is a collaboration between the Royal Northern College of Music, Manchester Metropolitan University and the BBC Philharmonic, funded by the Arts and Humanities Research Council. The premiere is semi-staged with minimalist props and set. The House of Bedlam with Juliet Fraser (soprano) The House of Bedlam

This concert will end at approximately 9pm

This concert is graciously support by the RVW Trust.

Composers Robert Laidlow and Emily Howard join us with a pair of world premieres that delve into the wonderful outcomes of mixing music, maths, artificial intelligence (AI), and spirituality. Laidlow’s Silicon investigates the synergies between music and AI, examining its ability to answer and develop music. Meanwhile, Howard ponders maths, love and death in the intimate Elliptics with words by Michael Symmons Roberts. Conductor Vimbayi Kaziboni will be bringing tonight’s music to life. 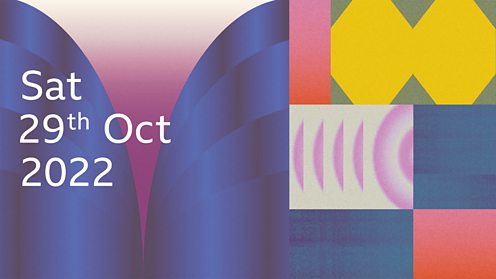 Future Music #4 is supported by PRiSM, The RNCM Centre for Practice & Research in Science & Music, funded by the Research England fund Expanding Excellence in England (E3).

The House of Bedlam with Juliet Fraser (soprano)